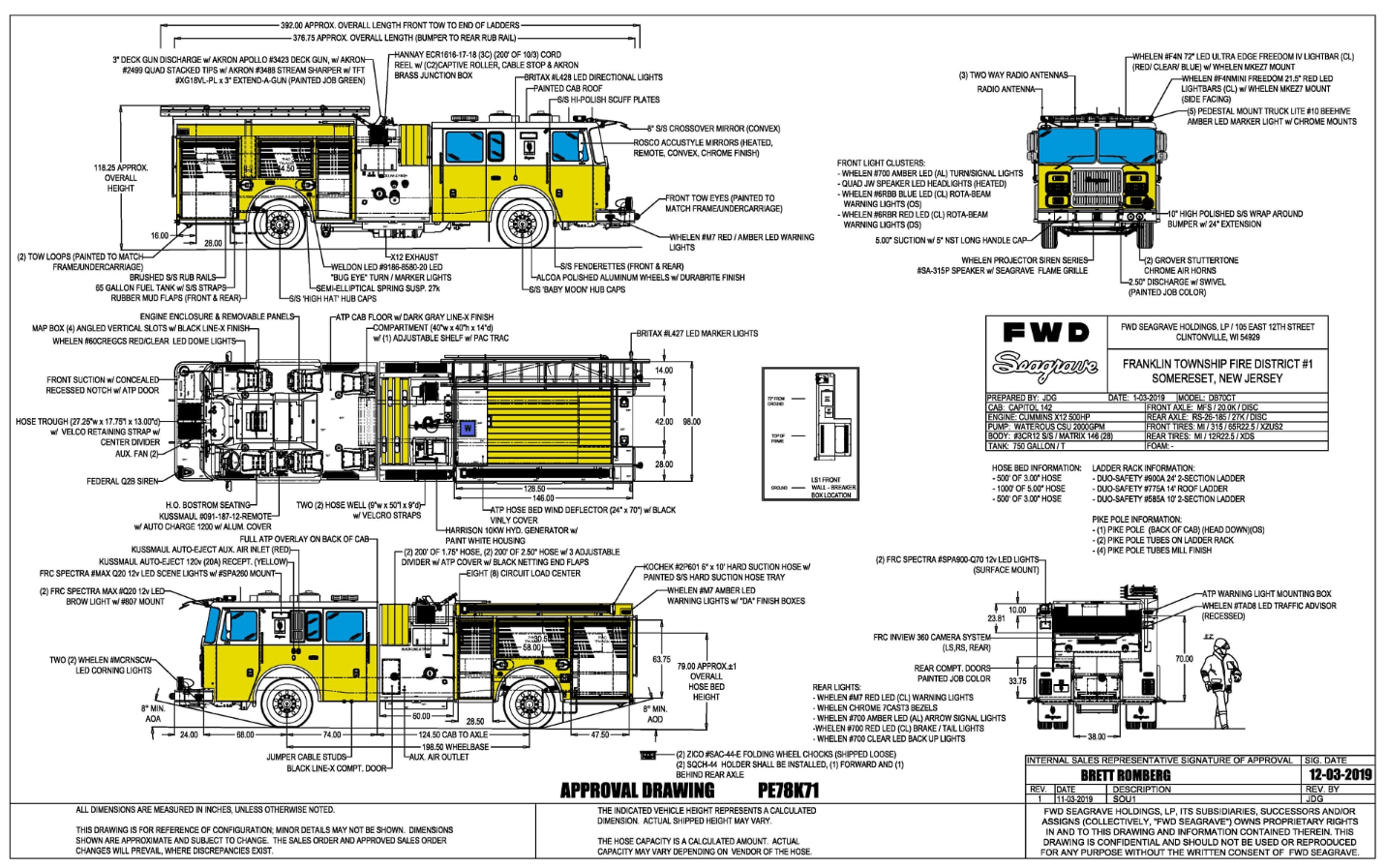 After almost 20 years to the day of faithful service the old Rescue 56 pulls out of the station one last time. She is going to her new home, a department in West Virginia purchased her to replace their damaged rescue truck. She has served us well and with continue to do so with her new owners. Best of luck old girl!

The new rescue 56 has been making some headlines.

Just as the new Rescue 56 project wraps up, the new Engine 561 committee is in full swing. Stay tuned for updates.

For a short time Somerset Fire & Rescue Co. No. 1 will proudly feature all Seagrave Fire Apparatus.